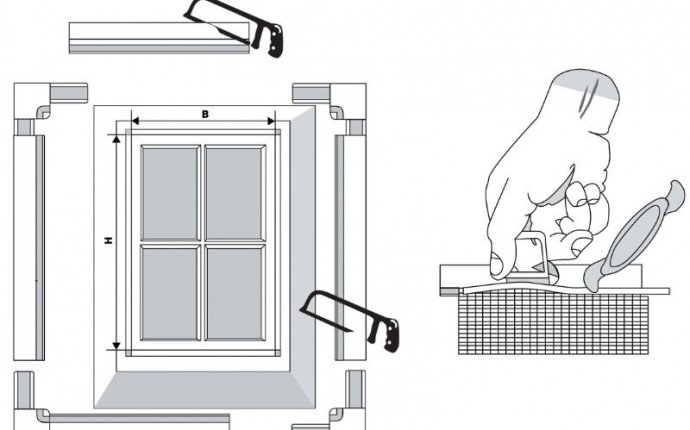 How to Build a Windows Screen Frame?

Instead of screened windows, people either sweat and suffocate in their sleep under a net in place over their bed, or don't use anything at all, because of the quality of life impact. It amazes me that in malaria-rich environments people still haven't adopted the simple act of screening their windows.

I'm in Latin America, a place (like so many others) that bars its windows against criminals, but doesn't screen them against insects.

As an American who has always had screens over the windows of his homes, I reject this sight. And as an American male that was taught by his father to do it yourself, I resolved myself to do something about it. Today I built a framed screen insert for Tatiana's bedroom window.

There are mosquitoes in Lima—as well as spiders, moths, and all sorts of other things that I don't want to enter my room through an open window. A baby is about to be born and live in this bedroom. I don't want this baby crying because he was bit by something.

As an American male, I inject an overwhelming presence of initiative into a Latin household. Men in these countries are not known for their productivity, and I think the women in the Boza household are a bit surprised to see a man laboring, or doing something productive.

Here in Lima, ACE Hardware (a familiar American supply store) is available to provide me with the materials needed to complete the project. I was actually surprised with how much the store looked like they do in the USA. Except for all the signs in Spanish, which would probably be the scene in Southern California as well, I felt like I was walking into a piece of my homeland.

Several types of screening material were advertised—like wire, plastic, and some type fiberglass hybrid—but only the color blue or green was available in the cheap plastic variety. I don't understand why blue screening material is so popular in Latin America—when I do see screened windows, they're often protected with a blue mesh.

Ultimately, black screening material was purchased at hardware store attached to a nearby supermarket.

@Emile: Herb forgot to put the screen back in the windows and now there's a moth the size of my fucking fist flying around the house