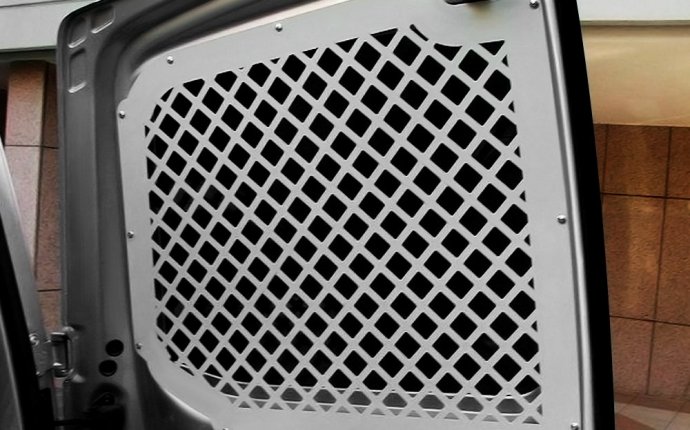 This week, I’d like to deviate a bit from my normal posts about destinations. Instead, I’ll tell you about how you can make custom screens to put over your vehicle windows to keep the bugs out. This is especially important if you’re sleeping inside your vehicle…I can tell you from personal experience that it’s no fun to wake up at 2am with a mosquito buzzing into your ear! The good thing about these bug screens is that they aren’t expensive. I believe I paid less than $20 for all the materials needed to make 7 screens to go over the windows of the van we drive on cross-country treks. And, the screens work. At least, they work if you consider the number of bugs crawling on the outside of the van screens and the number that weren’t in the vehicle with me!

Screening
(I used petticoat fabric from Joanne’s (it’s stiffer), but tulle would work just as well)

Basic sewing skills—it’s not rocket science, since you’ll be hand stitching (no sewing machine required). If you’re not good at sewing, keep reading, because anyone who can thread a needle (even with a needle threader) should be able to do this. Seriously, this could be done with one of those little sewing kits that are given away and have only some thread, a button, and a needle in it.

The first thing you’ll need to do is to measure your windows and figure out what type of screen you’ll need to make. Regular windows, such as those on a jeep or car, are easy. Simply measure the distance from one side of the window to the other in both directions, as shown below.

For other types of windows, the measurements can get a bit more tricky. For front windows, you’ll need to figure out how to avoid the mirrors. For the front windows of the van, I had the extra complication of quite a bit of plastic. Since I used magnets to hold up the screens, I had to figure out a way to attach the screens around the plastic parts. I’ll show you how I measured around the mirrors, plastic parts, etc., below.

Because I was making screens for a van, I had another complication: most of the windows flip outwards. I decided to use a large enough piece of screening to go around the flipped out window, but this leaves gaps around the edges of the screening…not good at all! I finally solved this by giving a couple twists to one of the magnets…I’ll show you later. For now, measure the length of screening you’ll need to go from one end of the open window to the other, so that the screen touches the metal of the vehicle (see below).

To cut down on the number of magnets I needed, I opted to make some of the screens larger and then slam them in the barn doors of the van. If you want to do this, you’ll need to measure as shown in the next picture:

Update – after using this system for a couple years, I’d 100% not “cut down on the magnets”; I’d use the first illustrated method for flip windows. The barn door method is a total pain to use, not to mention likely to rip the screening.

Now you’ll need to figure out how much screening you’ll need. First, figure out the dimensions of each screen. Give yourself an inch more on each side than you’ll need to cover the window—in other words, measure to the edges of where you’re going to put the magnets and then add an inch beyond that on each side of the screen, as shown above. If you’ve got flip-out windows, remember that you’ll need to go all the way underneath the open window. If you’re not sure how all this works, try it out with an old sheet and get your dimensions from that.

Now that you’ve figured out the dimensions of the finished screens, you need to convert this into how much screening to purchase. Most fabric comes in 45” (1.1 m) or 54” (1.4 m) widths. Sometimes you can fit two screens next to each other, cutting down on the amount of screening you’ll need to buy. For example, let’s say I’m getting 54” (1.4 m) netting and I need to make two screens that are 20”x25”. I can place these two next to each other (see “a” below) and therefore only need to buy 20” of netting. However, if I wanted to enlarge these screens and make them 30”x32”, I can’t place them next to each other (b), so I’ll need to get at least 60” of netting (c).

RT @Para_glider69: You wouldn't believe jobs that many screen stars or politicians used to do to make a crust...I once cleaned windows as a…

@lkmcgann He used an iMac as a screen for a Windows PC, at least get your thrown shade right.

@fergggggggg nah, probably just used to what I got haha, would be nice to dock windows on another screen though, I agree.