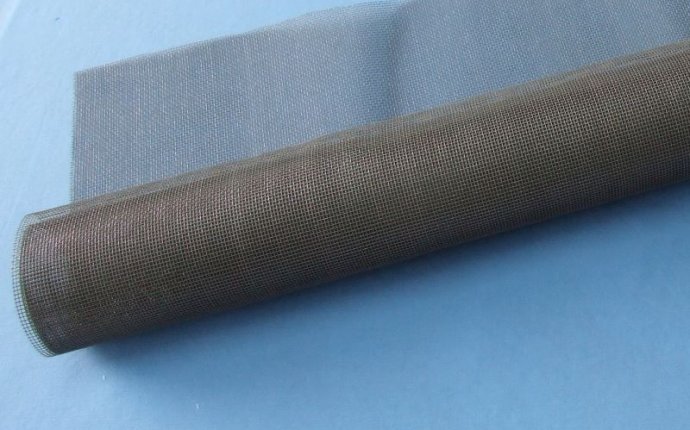 Primarily this page is for me to keep track of my own measurements. It is not really intended as a public review of this material, but it may be of interest to like-minded consumers who would prefer to see a quantitative assessment rather then 'good', 'better', 'best' marketing descriptions.

Insect screens on windows irritate me and I keep taking them down because I would prefer insects in the house than to spoil the view. Since Kimberly is appalled by having anything in the house with more legs than her and keeps putting the screens back up, I decided to buy some high-end screen material and see if it really is any better. The material I chose is Phifer UltraVue which though not the most expensive available is several times the price of the basic screen.

The screens that I am replacing are over windows and most measurements herein have the windows closed, so include absorption by the glass. I have no idea what material was in our old screens. It is some sort of fairly heavy charcoal grey fibreglass screen. I am assuming it is "standard builders' grade" material, though the previous owners of our house did tend to install well above average quality fittings, so I seriously doubt it is the cheapest you can get.

The easiest thing to measure is simply the total amount of light getting through. Subjective tests of 'how nice the view looks' are much more difficult. For this test I used a three pane window. One pane had no screen, just the glass, one screen had the old screen and the final pane has the new screen.

Measurements were obtained using my camera exposure meter set on 'spot' so that I could target precisely the same location through each pane. Cameras used were Nikon D7000 and Nikon F100. (I also have a Sekonic handheld meter I may try later.) Aperture and focus were fixed for all measurements and I take the metred exposure time to give the relative throughput of each pane. Twenty measurements were taken in varying conditions and of various targets ranging from clean snow to black tarmac.

In all cases the window without a screen passed more light.

The difference between the two types of screen was small enough that it is just barely detected at the precision of my photometer (1/3 stop in photographic terms). That means that about half my measurements were the same for both screens and about half showed the UltraVue to be 1/3 stop brighter. By averaging many measurements my final conclusion was that

My laptop has been trying to install an update THAT I DIDNT EVEN APPROVE OF for weeks now. Stuck on same screen every time. @Windows