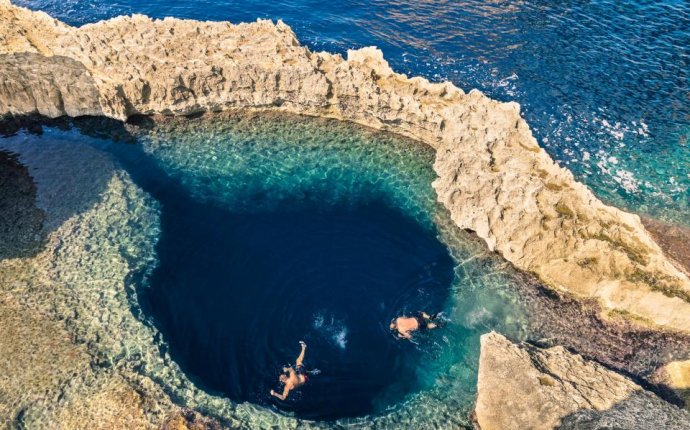 Hello,
This is a report is describing TLV-MLA-TLV flights with Air Malta. First TR on this route here (and my 747th post on a.net).

Background:
The jewish holydays season is back – the best season to travel around since Israel is pretty shut down during this month, while abroad the high season is over, prices are lower and weather is better. Thinking about where to go, my parents got a recommendation about Malta. Since non of us was ever there and since it looked like an interesting place to go we decided to visit the Island state.

Malta is a country between Italy and Lybia, consist from 3 islands in the Mediterranean, with 7000 years of history and population of just over 400, 000. Malta bombarded heavily during WW2, and became independent from Britain in 1964. In 2004 Malta joined the EU, becoming its smallest member state. Luqa Int'l is Malta's sole airport, known usually as 'Malta Airport' with relatively new terminal opened in 1992. Air Malta, the national airline, operates seasonal charter flights to Israel.

Pre flight:
With SDT at 03:10, we got to TLV airport already at 1:10am. One hell of a red eye. We were given a very warm welcome when a big red "DELAY" was flashing next to our flight:

45 minutes delay is not so bad, but from my previews experiences with charter flights (mainly Turkish to be honest) it can start from short delay and last for hours. You never know for sure you will actually fly until till you see the plane at the gate.

The holydays season means heavy traffic in TLV, but that night was my worst experience I had in the airport ever. The queue for security was as long as A346, with people standing almost to the terminal doors. Just take a look:

I never saw such a thing in TLV before. Not since Terminal 3 was opened in 2004. Not in holydays, August or any other season. As soon as we stood there the queue streached quickly behind us.

We thought it may take forever, but eventually it took 'only' 25 minutes to pass it, when it usually takes less then 5 minutes. Check in was fast, and we were given row 4, seats A through D.

After checking it, there is another queue in the next hall where passengers are been checked for boarding pass, after that then they head for hand bag check. We were shocked, again, from the queue: it was so long, that it reached back to the check in hall! Take a look for yourselves:

Not only it was long as hell, but it wasn't moving. And of course, We were standing at the slowest moving queue. This part took no less then 15 minutes, when it usually takes 30 seconds.

The worst part was hand bag security: out of 20 stands just 4 were open, and it simply took forever. I have never seen such inefficiency before. 3 tourists from Singapore heading for Swiss flight in C class were standing behind me; I was embarrassed to be Israeli at that point, due to the way foreigners saw the main gate of my country. I felt absolute disgrace at my home airport, for the first time since T3 was opened.

My queue, again, was the slowest, with this part taking 40 minutes. With another 15 minutes at passport control (with 20% of booths open) I was heading for the gate no less then 1.5 hours since entering the Terminal. Just for comparison, when I flew to Cyprus in May this part took my just 15 minutes, and even on high season it takes no more then 45 minutes. If my flight wasn't delayed, I would be in the airside 15 minutes after boarding was due to start. Well, that part ended, thank god.

Only then I had sometime to relax and look around for some airplanes. Air Berlin is doing well in Israel: 2 of their A330s were on the gates, one heading for DUS and the other to MUC. There was also TK A321, 2 flights to Poland (Arkia B753 & LOT B763) and many LY B737s.

Boarding was due to start at 03:05, but there were only passengers at the gate at that time. Boarding eventually started at 03:40. We were busses to remote stand near terminal 1, with Arkia’s Embraer next to us. On our way, I saw that all the remote stands near T3, so as the airbrigers gates, were totally full. No wonder the airport was in such a mess.

We sat at the 4th row. Doors closed, and we prepared for pushback. After a while, the captain spoke to us, and said in low slow voice, the due to the delay, take off will be delayed in … 2 hours and 20 minutes. He sounded pretty depressed, and told us that the crew is shocked from it.

Sighs were heard all over the cabin, but in just few moments (after a passenger asked a crew member to close the lights) passengers closed the shades, reclined their seats and fell asleep. The cabin was dead quite in few minutes. I started to read something, and then tried to sleep too.

About 30 minutes afterwards, suddenly I felt that the plane was been pushbacked. At first, I thought that we are been transferred to another stand to use this one to another plane, but no – the plane turned its engines on, and we started taxing to runway. Messiah!

How to Take off Windows Screen?

@Mike McNulty: #windows Damn Microsoft Windows 8 for announcing birthdays on lock screen and making it difficult to disable. Default should be OFF.